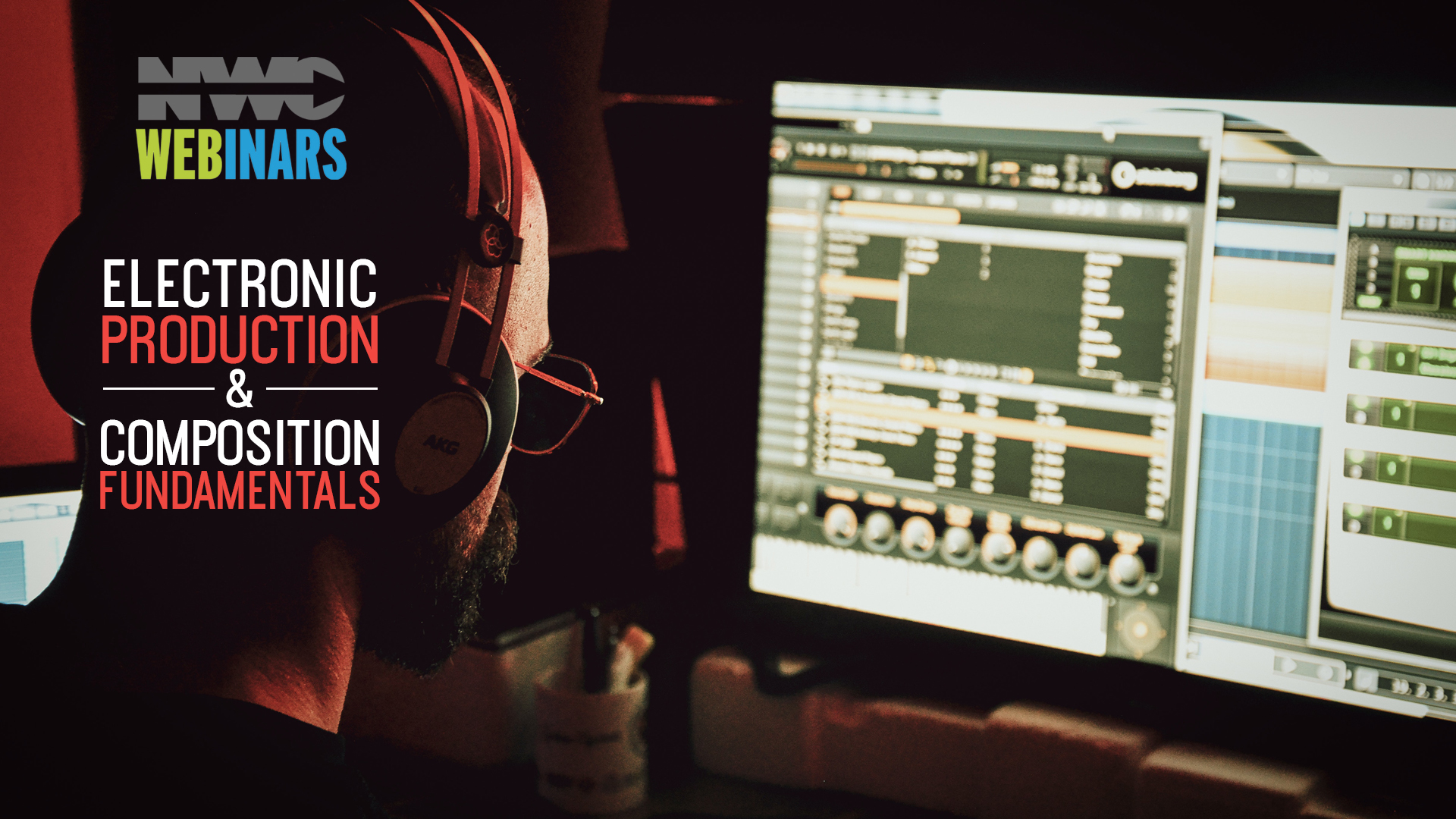 In today's musical climate, the ability to make records wherever you are is more prevalent than ever; all you need is a computer, a DAW, and an idea. For NWC's November webinar, producer, engineer, mixer, and Professional Sound Assistant Editor Andrew Leyenhorst, alongside Grammy Award-winning electronic producer LATROIT, get back to basics, discussing the fundamentals of producing electronic music "inside the box."

From simplified music theory, composition, and arrangement considerations to sound and sample curation as well as approaches to production, gain both the creative and technical insights to get a head start on your electronic music production journey; or take that next step you've been reaching for.

White is known for his work with the pioneering Detroit techno group Inner City, the worldwide club hits "I Like That" and "Happy People" (charted by Fatboy Slim as one of the top 10 songs of the decade), and his body of work is punctuated by his 2018 Grammy Award win in the category of Best Remixed Recording for Depeche Mode - "You Move [Latroit Remix]."